Statistically speaking, if you’re looking to get wealthy, music is not a very safe bet. But if it’s a different kind of wealth you’re chasing then music can be a sure thing. As the ‘economists’ of my generation start to think about retirement, I’m so thankful that I’m in an ‘occupation’ that you can stay in well past retirement age. It’s a ‘job’ you’d never want to quit.

In 1991 I finished high school. My teachers and career advisors had done their level best to scare me into a doing a ‘conventional’ degree and following a ‘traditional’ path – despite knowing I was passionate enough about music to want to pursue it.

‘You’ll never make a living out of it’.
‘You need to have something solid to fall back on when music fails’.
‘Treat it as a hobby you do on the weekends’.

These were not exactly confidence-inspiring words to my young ears. I was encouraged to do an economics degree so I applied, was accepted, and then promptly deferred.

The suggestion to take a year off and ‘get music out of my system’ provided the sole avenue for me to do the only thing I actually wanted to – play my guitar. I never felt like I’d get music ‘out of my system’ or that I would be happy doing whatever it was that economists did. I had the opportunity to tour the Northern Territory with a local band from my hometown in New South Wales and so, along with my band mates, I crammed into a green Cortina towing a white box trailer full of music gear and off we went.

Darwin didn’t turn out to be the promised land flowing with gigs and money and eventually we headed for the Kimberley – ultimately landing in Broome. When we hit town we heard there was music on in Pearlers Bar at the Roebuck Bay Hotel. Entering that room, I had no idea that it’s swinging doors were some of the most significant I’d ever walk through.

The fabulous singing Simpson sisters had the ‘Roey’ spellbound and I was instantly caught up in the spell. Like everyone else in the room, I didn’t stand a chance against those two ladies who were armed only with an acoustic guitar, a harmonica, a pair of intoxicating voices, a killer repertoire and a truckload of sass and spunk. 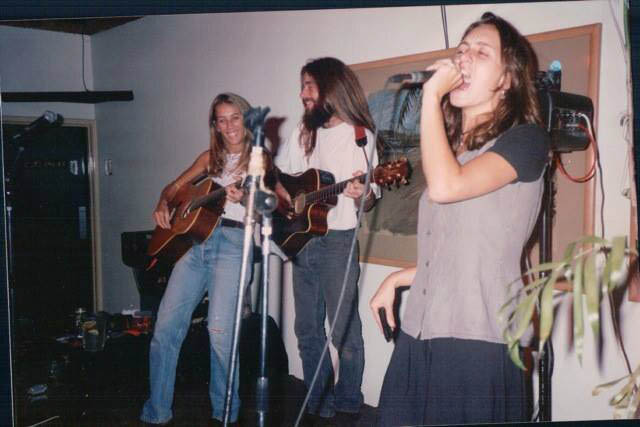 In the months prior, my aspirations to be a guitar shredder were gradually being usurped by my growing love of acoustic music. Singer songwriters like Cat Stevens, Bob Dylan, and Neil Young had switched me on to lyrics and melodies, which had reached deeper places in me than a guitar solo ever did. I’d picked up an acoustic guitar along the way and had been learning the great songs, but now here I was in a bar in Broome, being immersed in those very songs in the most unexpected way. I knew their entire repertoire but the way the girls brought those tunes to life was so perfectly matched to my own musical personality that I knew I had to – and would play with them.

In keeping with all great legends, the manner in which that outcome transpired remains shrouded in the appropriate degree of mystery. There is, however, some truth to be found in reports of a shower, an impromptu jam and an even more impromptu invitation which have surfaced in the years since.

I moved from the Cortina to the Hiace campervan, and the years following were spent travelling the land, sharing our sound as it evolved, and making friends who have been part of our story the whole way through. Very early on (and independently of each other) our horrified grandmothers labelled us ‘waifs’ when they were confronted by the ‘toll’ that months of touring in a van had taken on us. We took the name on proudly and got back in the van. 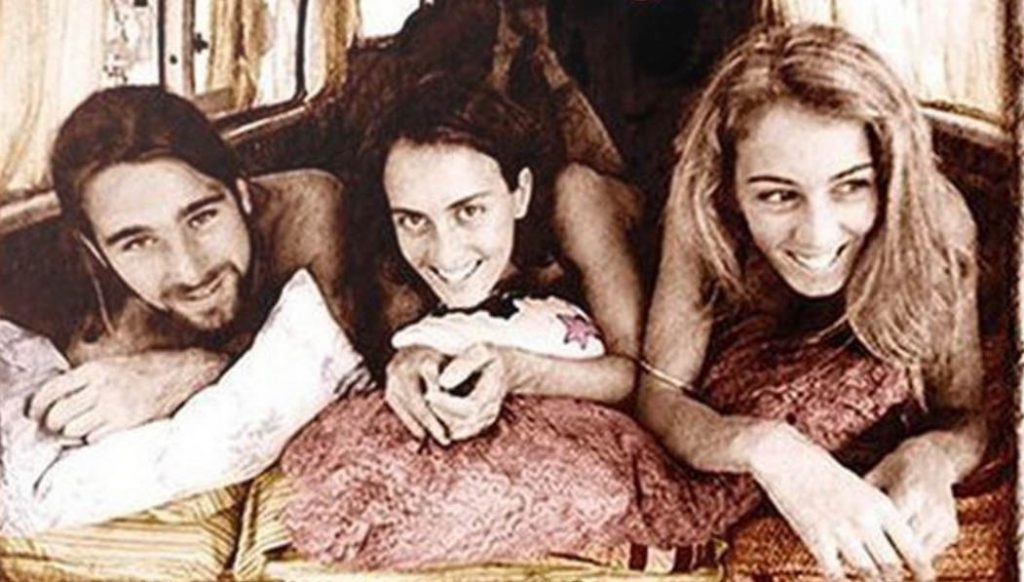 ‘Waifs’ in the back of ‘Beryl’ the Hiace van.

We’ve seen many changes in the musical landscape over the years. Cassettes died. CD’s were born and are now all but dead, but vinyl has had something of a resurrection. We’ve made music through the arrival of phenomena as revolutionary as the mobile phone, the internet, and social media. Record albums – once revered as high art and a significant source of a musicians income, have become so devalued that they are now generally regarded as a throwaway, giveaway consumable.

But throughout the years, one thing that has remained constant is the beautiful mystery and magic that happens when a bunch of people come out to see a bunch of people play music live. It’s the only thing The Waifs have ever known and it’s hard to define and impossible to replicate. In the face of an ever-changing world, that experience will always have a power. 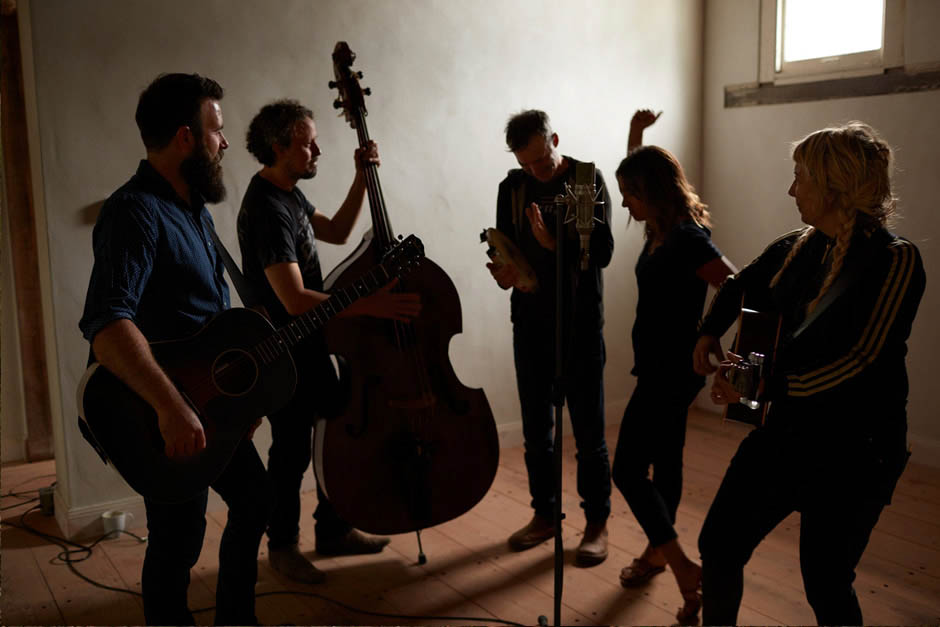 The joy of ‘family’ music

The other constant has been the beautiful family I’ve shared the adventure with. I remember realising one day that I had spent as much of my life with Donna, Vikki, Dave and Ben in it as I had without them. It seemed like quite the milestone. That was thirteen years ago. We’ve grown up together as both people and musicians and shared so much. Journeying the long road with my Waifs family has added such a beauty and richness to my life and I’m eternally grateful for the
constancy and companionship. To make music is a rare gift. To do it with people you love is unutterably profound.

The old Hiace (affectionately known as Beryl) has long since been retired but we still love ‘getting in the van’ and travelling the land, sharing our ever evolving sound and making friends who continue to become part of our unfolding story. As we near thirty years young, it’s reassuring to know that some things never change and there are still miles left in the old van yet… 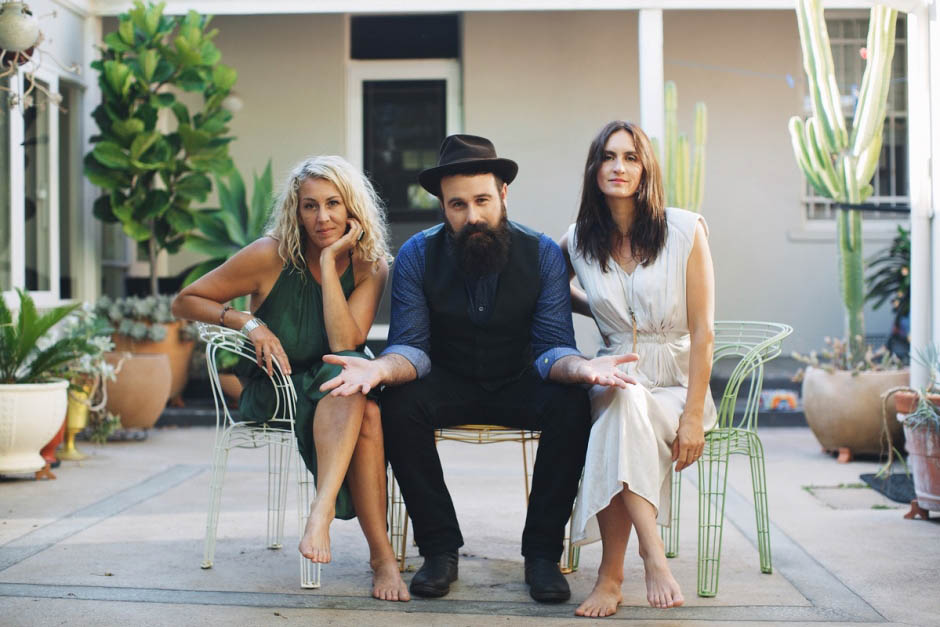